Like every other organization in these unusual times, In His Hands Promotions & Ministries is rescheduling their highly anticipated Summer Concert Series. Every summer, this concert series aims to bring back old church revivals. They take place at Beach Community Church in Carolina Beach for free.

This series was originally supposed to begin with Andrew Holman, but her concert has been moved to September 12. Instead, Joel Bing will be starting off the series in June.

In His Hands plans to show a special film entitled “Power of the Air.” The showing will be September 14, 7pm, at Mayfair. The film is about the power of media and how Christians need to support faith-based media.

For more details on these events, contact Frankie at frankie.inhishands@gmail.com or 910-617-1023. 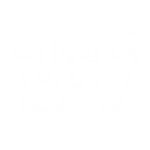 LISTEN WITH YOUR SMART
SPEAKER