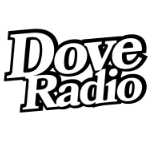 Often you’ll hear of 2nd or 3rd generation preachers, missionaries or doctors but you’ve probably have never heard of a 2nd generation radio announcer… until now. My Dad was an engineer and on air announcer when I was born in Jacksonville, Florida. I don’t know that it had any impact on my interest in the campus radio station when I went to college at East Carolina University in Greenville. It was probably my lack of interest in any other field of study.

After college I was involved in “secular” radio until God got a hold of my heart in 1977. Before the year was out and through some miraculous events, I found myself in Raleigh beginning a “new life” in radio at WPJL. In fact, I was in the studios to see in the new year on January 1, 1978 when the radio station changed their call letters from the old WRNC to the new WPJL which stood for We Proclaim Jesus Lord. I remained at WPJL for almost 15 years.

It was during the 1980’s God would tug at my heart every time my wife and I would come down to the beach. Everytime we were in Wilmington, I would always search for a Christian radio station to listen to and during that time there were none. Again through a series of miraculous events, God opened the door for us to buy 1490 AM, which was off the air at the time, and bring a contemporary Christian music and teaching station to the Wilmington area.

A few years later, in 1995, we were able to buy and build 90.5 FM with the help of some special community leaders who loved the Lord as well as our listeners. Other stations followed over the years and it has been an interesting and fast paced journey ever since we first went on the air in 1993. We are continually amazed by God’s goodness, blessings and favor. And it’s exciting to serve the best people in the world in one of God’s most beautiful places in the world! 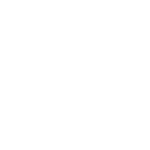